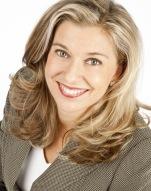 My family comes from seaside regions in Åland and Western Finland, and I myself have lived all my life in Helsinki, close to the sea. In my early childhood, I spent all my summers in a sailboat. This is how I know that the Finnish Archipelago is the most wonderful place on earth!

The seasons, particularly winter with the sea freezing up, distinguish the Baltic Sea in a unique way from all the seas of the world. There is one winter I remember exceptionally well: the sea froze up to the extent that I could move around the Porvoo Archipelago on horseback. This gave me an all-new perspective on the archipelago, and the experience was fabulous!

Whether they live inland or by the coastline, I believe that all Finns are interested in the Baltic Sea in one way or another. In a way, Finland is an island both connected to and separated from its neighbouring countries by the Baltic Sea. The Baltic Sea is an important part of our lives, and it’s portrayed as such also in our magazines, through the stories of real people.

Sanoma Group operates around the Baltic Sea, and many of our customers are located in the area. For us, the Baltic Sea is something that brings us all together. What impressed us in the operations of the John Nurminen Foundation was the way the project resources are targeted to achieve maximum results. Sanoma also has previous experiences of fruitful co-operation with the Foundation.
Clarisse Berggårdh is CEO, Sanoma Magazines Finland.